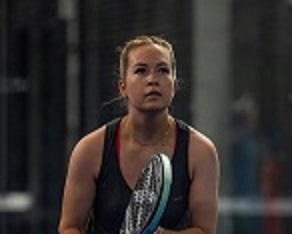 Ex Myton School student, Tia Norton, has featured in an article in This Week Junior magazine as a player of raquet sport padel.After leaving Sixth Form last summer, Tia headed to the European Padel Championships in Marbella, from where she travelled to Alicante and on to Sweden for training. Tia decided to turn professional during this time and played in the first World Padel Tour, the professional circuit for the sport which is a combination of tennis and squash. It was in this tournament that she became the first ever British woman to compete on the Tour. As a result, Tia deferred her Nottingham Trent University offer to study Interior Architecture for a year, to play padel full time. 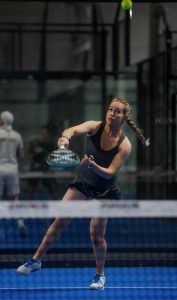 Tia recently became an ambassador for Game4Padel after partnering with them in November last year. This involved teaming up with tennis champion Andy Murray, and former British number ones, Annabel Croft and Andrew Castle. Game4Padel is the organisation which promotes padel around the UK, opening new venues and courts, and introducing many to the sport. As a result, This Week Junior magazine was interested in her padel journey.

Tia is currently based in Barcelona with her padel partner, Carla Fito, where they train at the academy of former world padel number one, Marta Marrero.

This weekend she is off to Copenhagen for a competition. Good luck Tia from everyone at your old school!