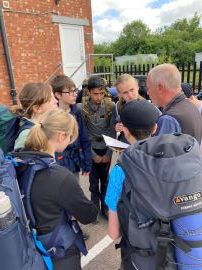 After a very successful practice expedition in May, last weekend it was time for this year’s cohort of Duke of Edinburgh’s Award participants to complete their assessed expedition.  This time the expedition took place in the beautiful Cotswolds countryside as the groups trekked the footpaths keen and mostly in high spirits and, after their pre-expedition briefing from the staff at Venture Outdoor, they set off on their routes.  Half the cohort were travelling from Moreton to Long Compton and the other half on the opposite route, with an overnight stay at a campsite just on the edge of Shipston on Stour in the middle.

Both days served up perfect walking weather; warm and sunny but with a bit of cloud cover and a fresh breeze at times.  The groups worked really well together and mostly made excellent time on their routes.  There was one group that did get rather navigationally challenged and didn’t make it back to camp until 7pm, but they showed their determination the next day by being the first group to arrive at the final checkpoint.

On the campsite, once the serious jobs of tent erecting and meal cooking were completed,  the young people enjoyed themselves thoroughly with football, volleyball and even sleeping bag races! They soon tired themselves out though and were all tucked up in their tents by 10pm, except for two enterprising young gentlemen who opted to sleep in hammocks instead and reported in the morning they had had an excellent night’s sleep.

Day two dawned hot and sunny, although a welcome cloud cover developed during the morning.  All of the groups were raring to go and had cleared the campsite (leaving it completely spotless) by 8am.  All of the groups made amazing time on the second day and everyone completed their routes well before the 3pm pick up time.

The young people who took part on the expedition all showed exemplary behaviour and were keen, focussed and cheerful throughout.  The staff from Venture Outdoor all commented on how brilliant the Myton participants were and how they showed a real commitment to their DofE. 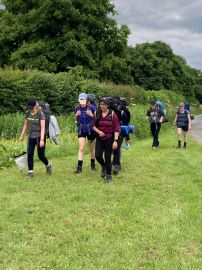 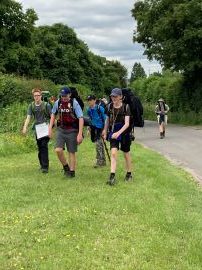 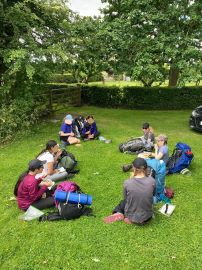 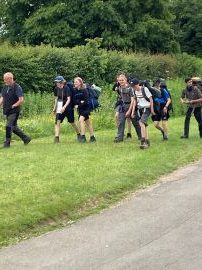 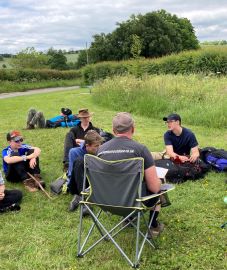 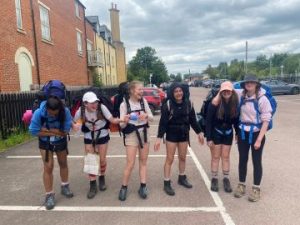 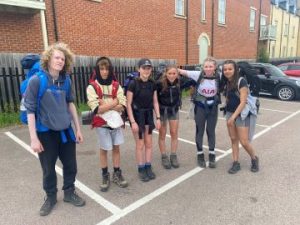 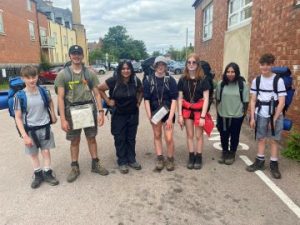 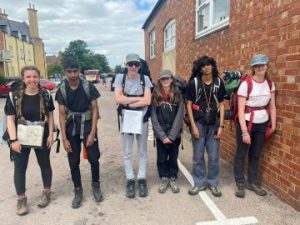 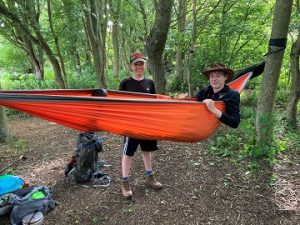 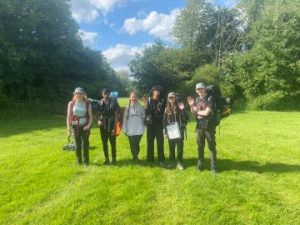 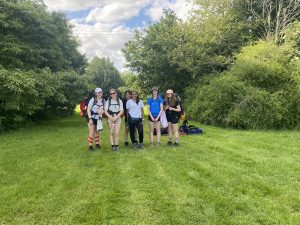 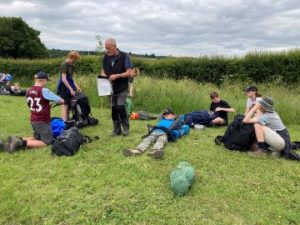