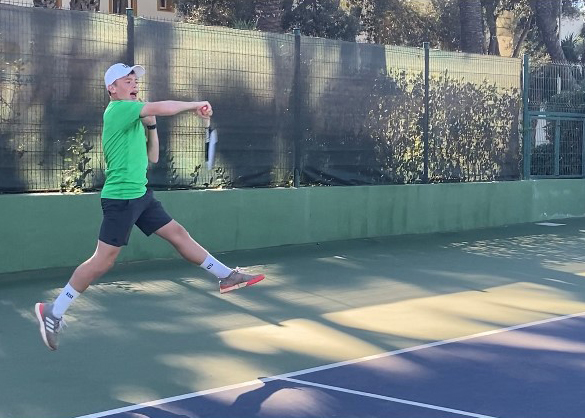 Congratulations to Sam in Year 10 who recently competed in the Tennis Progress Tour in Spain. Despite being the youngest competitor there, he won all his qualifying games to get onto the main draw where he was narrowly defeated in a tie break by a 20-year-old German player who is ranked in the top 1000 in the world!

He then came home to win a couple of men’s titles in the UK. What an achievement!