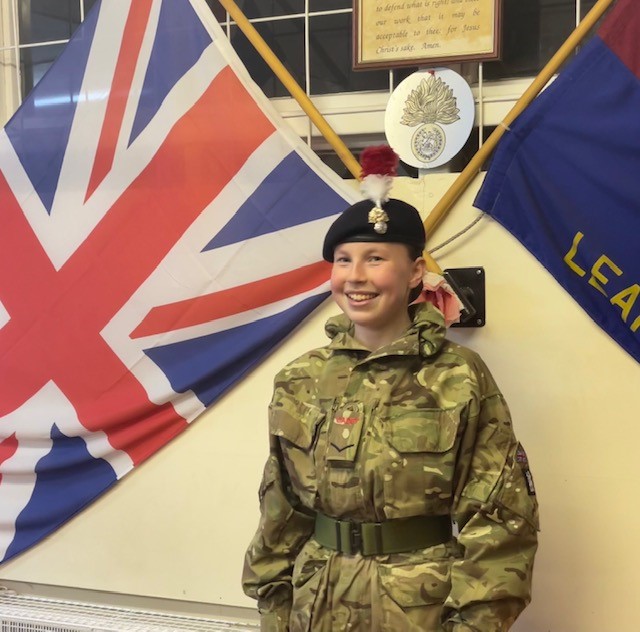 Over the next two weeks we will be featuring two Myton School students who are making a name for themselves as army cadets. This week we profile Yr 11 Rhiannon who has been selected as the Lord Mayor of Warwick’s Cadet.

Rhiannon, who is a Lance Corporal in the Warwickshire and West Midlands Army Cadet Force (ACF), will take on the 12 month role from June 2022 which means she will attend official duties with the Mayor – the first one is the Mayor Making ceremony at Warwick Castle next month.

Rhiannon, who joined cadets at the age of 12 in November 2018, recently finished 11th in the ‘Cadet 100′ which is a national shooting competition. She has now been selected to travel to South Africa in August 2023. She has also completed a junior instructors’ course which qualifies her to teach younger recruits who join the ACF.

Rhiannon, who lives in Warwick, is a respected cadet across her company and shows great initiative and teamwork. She is also a young leader with the Scouts and is completing her bronze DofE.

There are cadet companies in both Warwick and Leamington who are actively recruiting. Other Myton students interested in joining should click here.