After school on Tuesday 27 June we celebrated the 20th anniversary of the release of the first Harry Potter book, Harry Potter and the Philosopher’s Stone, by holding a Harry Potter Quiz in the school library.

Fifty students were allocated special ‘Hogwarts Express’ tickets so that they could enter Hogwarts (our transformed library) via Platform 9¾ and enter an area of twinkling floating candles before wearing the Sorting Hat and being allocated a House. Wandering around, they could visit the Potions Corner, Harry Potter’s fireplace with all the envelopes sent by Owl Mail, the Door of Keys, then pass by the front of the Hogwarts Express and take in the Crests of Slytherin, Hufflepuff, Gryffindor and Ravenclaw hanging over our balcony. We even had a visit from a representative of Slytherin (a snake from the Science Department)!

Along the way, refreshments including Butter Beer (Cream Soda) and lots of marvellous sweets and cakes were on offer. The afternoon culminated in a specialist Harry Potter Quiz of 50 questions for which the winning team won a copy of a special edition 20 year anniversary copy of Harry Potter and the Philosopher’s Stone signed by David Bradley (aka Filch) printed in house colours. Well done to Heather Dale (Year 8), Priyan Sanghera (Year 7), Eleanor Higgins (Year 12) and Rebecca Bond (Year 7) who made up the winning team. The whole event was an overwhelming success with the students leaving with a chocolate frog to nibble on their way home. 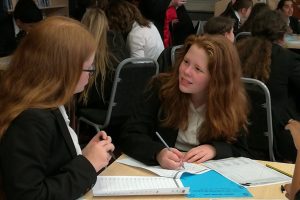 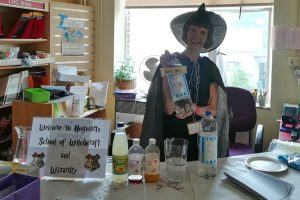 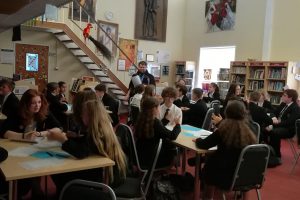 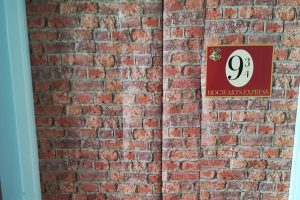 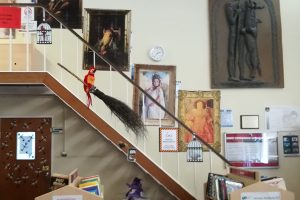 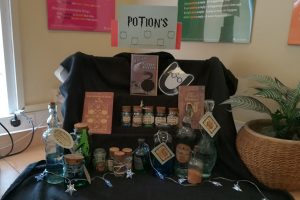 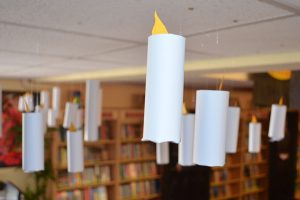 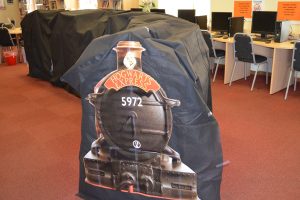 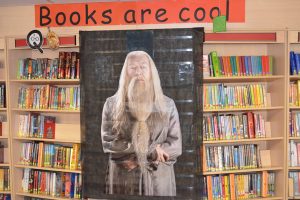 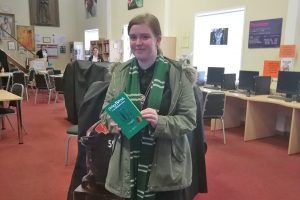