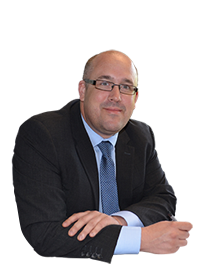 I hope you all had a pleasant half term and enjoyed the jubilee weekend.  I have to say that the this was something that I enjoyed far more than I expected to and speaking to many students here, they did too.  Lots of street parties attended, some garage parties due to the rain and many other events with one or two students recounting their tales of being in London for the celebrations.  Some time ago, we were approached by a journalist with the Sunday Times to help with an article on how relevant the monarchy is to students.  She had interviewed students in several schools around the West Midlands so we were keen to take part.  We found a group of highly articulate Year 12 students who had a fantastic debate with the journalist for an hour or so expressing a real balance of views.  Unfortunately, when the article was printed, only one quote from the hour’s debate was used which fitted the narrative that the monarchy is completely irrelevant to our fairly hard left, highly republican youth.  END_OF_DOCUMENT_TOKEN_TO_BE_REPLACED 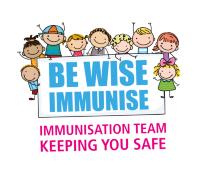 We have been notified of changes to the schools’ vaccination programme for the Academic Year 2022-23 by the South Warwickshire Immunisation and Vaccination team. END_OF_DOCUMENT_TOKEN_TO_BE_REPLACED 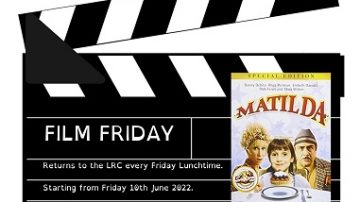 Film Friday at the LRC

Returning to the LRC every Friday lunchtime starting from Friday 10 June 2022.  Join us from 1.20pm for our latest film! 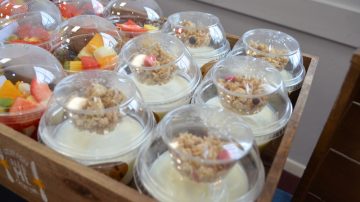 NO TIME FOR BREAKFAST? GET IT AT SCHOOL!

Have your child kick start their school day with a selection of breakfast goodies which are available  to all year groups from 8am to 8.35am every day.

The daily breakfast service takes place in the Upper School Servery (for all students) and the Learning L@tté (for Sixth Formers).  See below for a selection of what is available: END_OF_DOCUMENT_TOKEN_TO_BE_REPLACED 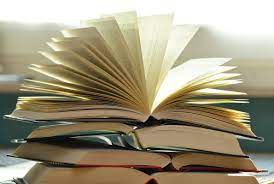 Request for magazine and book donations

Fancy a clear-out? We are looking for donations of magazines and books, in good condition, which are appropriate for students in Years 7 to 11 to read in class.

If you have any to donate, please drop them off at Upper School Reception. Thank you.

What's on this week 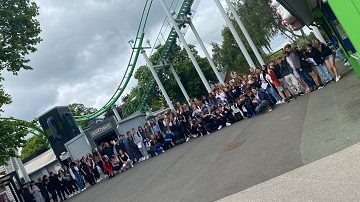 Yesterday our Year 9 Film and Media students filmed on location at Drayton Manor Park, they completed their filming task, collaborating with others from different groups to develop a clear narrative, whilst experimenting with shot types and camera movement.

The weather held out and the students were a joy to spend time with!  Thank you to all staff that accompanied us and also our fabulous Sixth Form Ambassadors!

It’s now time for editing, ready for our Film and Media Festival!

These are some comments from attending students: END_OF_DOCUMENT_TOKEN_TO_BE_REPLACED 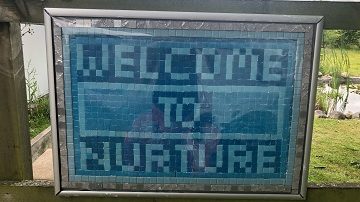 We are really pleased with our new Nurture sign.  This is made from mini bathroom tiles and the students who helped with this were Riley F, Riley A, Leo, Charlie, Nathan, Louie Mae, Freya and Liam and what a good job they have done!   The sign is now proudly attached to the fence outside the Inclusion Centre.

Well done and thank you to all involved. 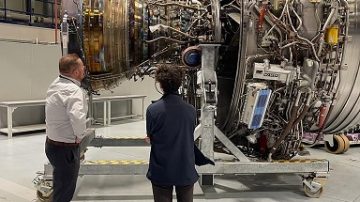 With careful planning, and some gentle encouragement, our Year 12 students completed their work experience week between 23 and 27 May.

The week offered students the freedom and opportunity to develop their professional skills, and explore some interesting future careers in readiness for the all important job, apprenticeship, and university applications.

Compared to the mostly online-only work experience week from 2021, this year saw businesses open their doors for more ‘hands-on’ placements, according to Mr Garner, Head of Year 12 and Assistant Head of Sixth Form. END_OF_DOCUMENT_TOKEN_TO_BE_REPLACED 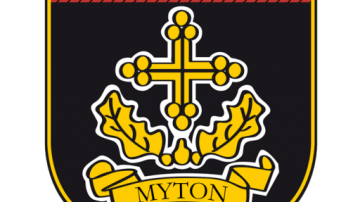 Are you interested in working at Myton School?  If so, please check out the vacancies on our website.  There are vacancies for both teaching and support staff roles so, if you would like to join our friendly school, please apply!

Remember, these vacancies change regularly and if there isn’t something for you at the moment, please continue to check back! 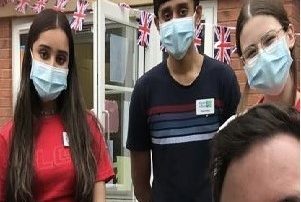 Well done to a group of our Year 12 students who volunteered over the Jubilee weekend at a Leamington care home.

Julia, Aryan and Simran helped staff at the Priors House Care Home with its Jubilee celebration BBQ and party where residents were joined by family and friends.

The students were supporting the South Warwickshire arm of the Kissing it Better charity, which has recently been awarded the prestigious Queen’s Award for Voluntary Service. END_OF_DOCUMENT_TOKEN_TO_BE_REPLACED 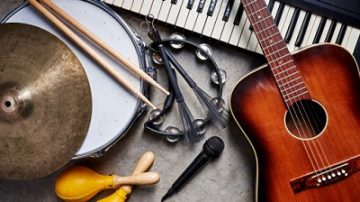 Music activities at school for Yrs 7/8

Is your child interesting in joining in, or trying something new in music?  If so, please ask them to come along to one of the sessions below – all welcome!

This is a great opportunity for students to get involved and prepare to take part in the Music Department’s final performance of the year, Myton’s Summer Concert on Monday 18 July. END_OF_DOCUMENT_TOKEN_TO_BE_REPLACED 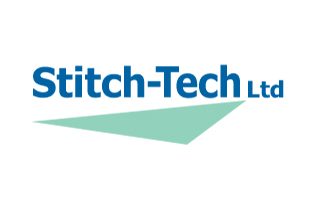 As previously mentioned in our Weekly News, we are pleased to advise that the ten £50 discount vouchers for uniform have now been allocated.

We once again thank Sanjay and the staff at StitchTech for their continued support of our school and families.  Remember to look on the website for details of our new school uniform and how to make any purchases from StitchTech.

Please see below link re our ex student Karenjeet (class of 2014) who has been speaking to the BBC about her life and accomplishments.  She has gone on to achieve wonderful success and we are so proud of her!

The Yr7/8 girls played in the Central Area 6-a-side tournament at Myton on Wednesday 25 May.

They played against 7 other local schools and won every game.  As Central Area Champions they now go forward to the regional finals in mid-July!

The Yr9/10 girls were runners up in the same competition and also go forward to play in the regional finals.

Well done to everyone who played!!