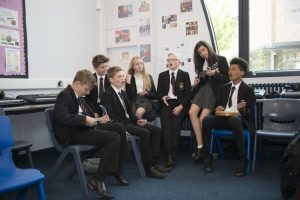 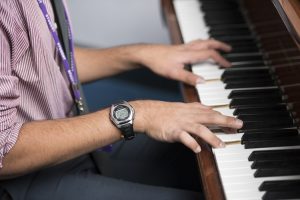 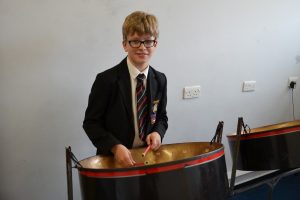 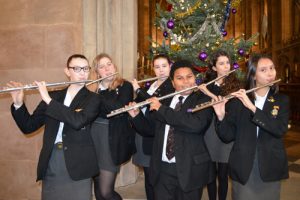 The music curriculum is based on the key skills of listening and appraising, performing and composing. At Key Stage 3 students are introduced to music practically, through a range of topics such as Musical Elements, Vocal Skills, Instruments of the Orchestra, World Rhythms, Film Music, Blues and Pop.

Students have access to keyboards, ukuleles and (in Year 8) the MAC suite where Garage Band is used.

At Key Stage 4 students follow the Eduqas syllabus which is split into three components:

Year 9 is used as an introductory year, where students begin their journey to becoming well rounded musicians through the development of their performing and composing skills and music theory knowledge.

Students complete composition and performing coursework between Year 10 and 11, applying knowledge gained through the study of four areas – Musical forms and devices, Music for ensemble, Music for Film and Pop Music – including two set works.

There is a written listening exam in the summer term with questions on the two set works and a range of unheard musical extracts linked to the four areas of study.